John is our trumpet player. He’s hugely experienced, having played a brass instrument for 60 years, playing in many, many bands over this period!

John was brought up in the Salvation Army where he was taught to play cornet.  The fondest memories of his musical career were playing Christmas carols around the streets of South London with a small SA band, in which his mother played Eb Tenor Horn, and with Weston Brass in which he sat next to his son Iain who also played cornet. 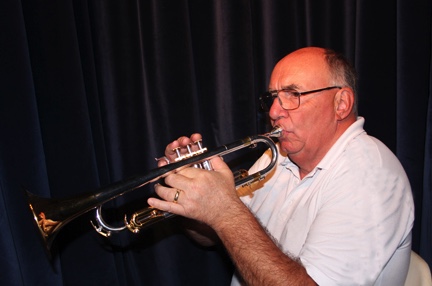 Singer, friend, mother, and general show off! View all posts by patjones271